This was my most fruitful gallery connection, lasting from 1981 when Marian Parmenter and Sally Lilienthal visited my studio at UC-Berkeley, until 2008, when Parmenter retired.

At UC, I showed them what I was working on, including my large Al and Ludwig—Russian River painting. Marian liked the painting, saying she was “queer for dogs.” Sally Lilienthal and I exchanged amused glances. That painting I think is why they took me on.

Parmenter, now mid-80s and living in Mill Valley, is receiving long-overdue attention for her founding of the pioneering co-op Berkeley Gallery, with then-husband James Wintersteen, an architect from a prominent Philadelphia family. She should be receiving more plaudits for her years directing the SFMOMA Artists Gallery.

The Slant Step, and now the Repair Show, exhibits at the Berkeley Gallery, are two of her most renowned. Artists showing at the gallery, monthly dues of $25, included Robert Bechtle, William Allan, William Wiley, and Alvin Light.
The inaugural show at Manetti-Shrem Museum in Davis, Ca. in 2016 featured the Slant Step/Berkeley Gallery exhibit, in which several prominent UC-Davis faculty members were included. In 2019, independent curator Dan Nadel organized his exhibit of work from the collection at the di Rosa Foundation in Napa, featuring several Berkeley Gallery artists and highlighting the Repair Show.. Curator/art historian Francesca Wilmott, also in 2019, assembled a show of historical and contemporary pieces in her Slant Step Forward exhibit at Verge Center for the Arts in Sacramento.

Parmenter, with her usual unpretentious candor, appreciates the attention her shows are receiving, but has said the Repair show was just that: the gallery bathroom had been worked on. And her original installation of the Slant Step show was revised by several tipsy artists in a nocturnal visit. She gamely accepted their changes.

With the close of the Berkeley Gallery in 1972, Parmenter worked in design before being approached by Lilienthal, a socialite philanthropist (founder of Swords and Ploughshares) and SFMOMA board member, to run the new museum-affiliated gallery, to be located in a prominent location at Ft. Mason—repurposed maritime buildings at the Marina, and downhill from wealthy Pacific Heights. Wintersteen designed the space, and Lilenthal underwrote the construction and gallery expenses for 2 years. The gallery which opened in 1977 flourished, and Parmenter helped to launch many artist’s careers, making innumerable studio visits, talent-scouting. (See Koret Oral History, Jess Rigelbaupt, 2007, UC-Berkeley Bancroft Library.)
My first show there, in 1983, also included sculptor Peter Linenthal, son of writer Alice Adams, and painter Alexandra Bowes Hanley, wife of gallerist-to-be Jack Hanley and my UC-Berkeley classmate, and daughter of well-known collectors.

Parmenter’s modesty, perhaps linked to a mindset to not upstage artists and their artwork, has undermined her well-deserved role in the SF/Bay Area art scene, which included better known gallerists like her friend Paule Anglim. The often-overlooked prominence of female gallerists in general is getting renewed attention: Edith Halpert and the Rise of American Art at the Jewish Museum, 2019, is a recent example. Other notable women gallerists: Betty Parsons, Ileana Sonnabend, Phylis Kind.

Marian launched many artists, and provided practical support: as of 2001, the Artists Gallery had paid out $10 million to affiliated artists, from sales and rentals. Her business practices stand out in an art world where artists often are the last to be paid by galleries, sometimes not at all. The Artists Gallery, for years, took only a 40% commission, and discounts, if given, were always deducted from the gallery share, not from the artists.' She recommended artists to for-profit galleries, never insisting upon any exclusivity.

She also changed with the times. The roster for the Berkeley Gallery was mostly male, the Artists Gallery so diverse a Guerrilla Girl ranking of San Francisco art spaces put the Artists Gallery in first, for the percentage of women exhibited. And unlike the limited number of artists involved with her previous venture—a more usual “stable,” the Artists Gallery’s exhibits and racks featured work by scores of artists. She made studio visits to pick the work for shows, and inventory. Hands-on. And because the large clientele demanded a great variety of work, and price ranges, for business and home, she was able to use her catholic tastes, and expert eye, to select the paintings, sculpture, prints, and drawings, and, reflecting her personality, to say yes more than no.

Since the Artists Gallery was under the auspices of SFMOMA, although geographically separate, Marian served under the direction of four different directors. And although the mission of the gallery was to support local artists, it was also expected to make a profit, for the museum’s use. Marian was especially fond of Director Henry Hopkins (1974-86), John Lane (1987-97) was also supportive, but clashed with David Ross (1998-2001), from the Whitney. Ross attempted to exert more control over the gallery, effectively demoting Marian, but well-publicized artist pushback, and Ross’s budget-busting, ended his tenure. Neal Benezra succeeded Ross, Marian retired in 2008. The Artist Gallery continues under new direction; sadly, has downsized from its former location.

As a director, Marian was unusually generous, sympathetic, and nurturing to artists. She avoided unhelpful criticism, was always constructive and had the best eye for my work, other than my husband. (Unlike him, she was always tactful.)
Marian’s skill as a gallery director and curator both—they’re not the same—was perhaps the result of her biography. Born Philadelphia Main-line, her farther was a physician who worked on the business side of medicine, she could connect with well-to-do collectors and patrons. Wintersteen, too, Harvard-educated, came from prominent family.

Yet Marian’s father frustrated her passion to enroll in art school and it wasn’t until her retirement that she could pursue her own art full-time. (Although she did take classes at the SF Art Institute, meeting the young Jay De Feo, Joan Brown, Mike Hendersen.) Hence, her identification with artists, and—dare I say it?—her experience as a mother of two girls gave her insight into how to manage artists. She also shared her life and home with sculptor Alvin Light and painter Michael Ashcraft.

She did have a mischievous side—encouraging me to consign my large (8’X5’) St. Sebastian painting. Several male staffers loathed the painting, and it was soon returned. She appreciated and understood artists’ eccentricities—when Cynda Valle hired a female model to walk around topless at her opening, Marian didn’t bat an eyelash, unlike perturbed male staffers.

Marian also fostered curatorial progeny, encouraging younger gallerists like Catherine Clark. Former Artists Gallery staffer, Carin Adams, is now curator at the Oakland Museum of California. Her exhibit, Hella Feminist, was postponed, due to the virus. Her previous shows include sculptor J.B. Blunk; Yo-Yos and Half-Squares: Contemporary California Quilts by African-American Women from the collection of Eli Leon, and The World of Charles and Ray Eames. 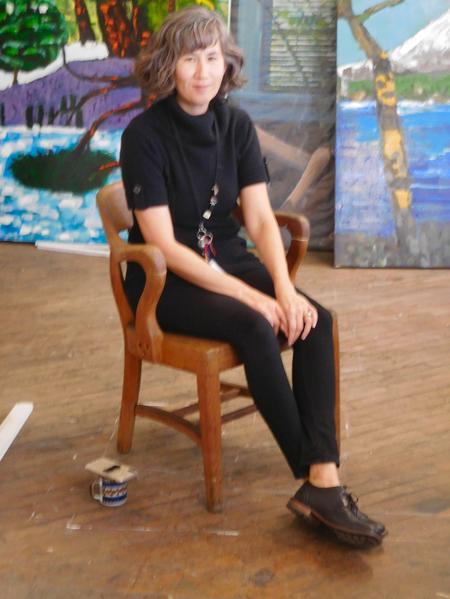 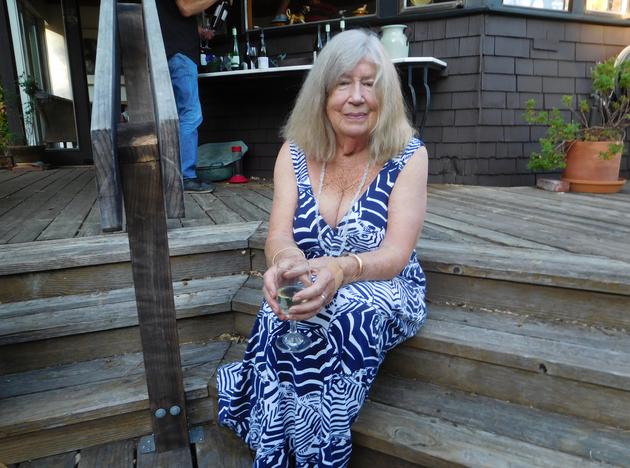 "A House Painter and a Chimney Sweep

A Broken Clock for Time Spent...." 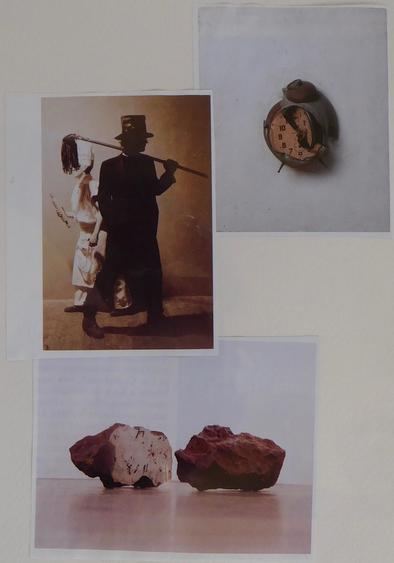