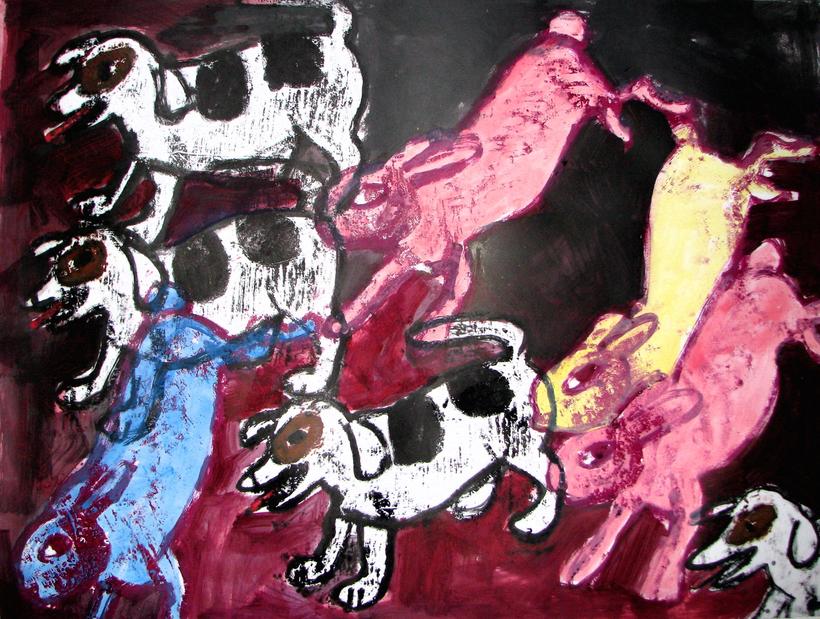 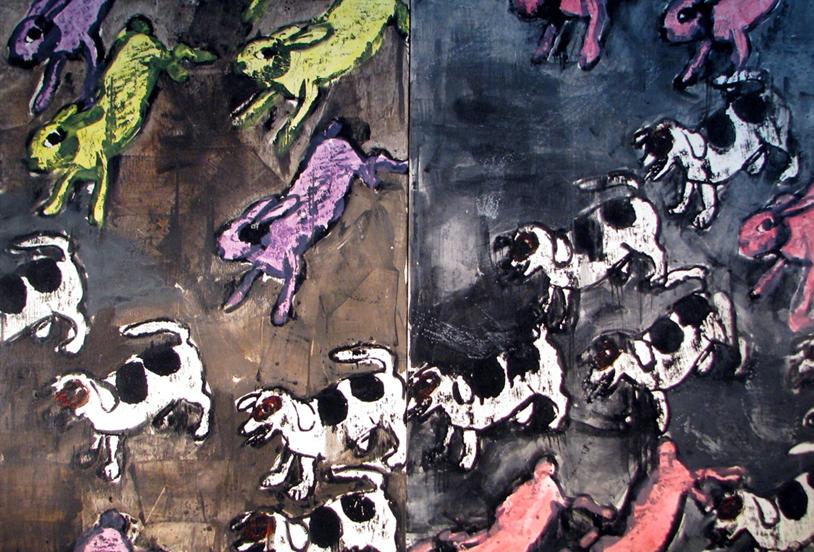 On a Darkling Plain

The title for this series came to me after I’d completed several of the pieces. It’s from the Matthew Arnold poem with the lines: “And here we are as on a darkling plain/Swept with confused alarms of struggle and flight/Where ignorant armies clash by night.”

That seemed to describe my world in a micro and macro sense, at the end of the Bush regime.

I lost my studio of 24 years in 2006---my only studio since getting my M.F.A. from UC-Berkeley. The studio at the Nexus Institute was light-filled, nearby (West Berkeley), affordable, and almost a thousand square feet. It was part of a nonprofit that rented from another nonprofit. The owner decided to sell the building. The group offered money we had accumulated for a seismic retrofit to the landlord, in hopes of a lease renewal, or--optimally--a chance to buy the building. But, at the peak of the speculative housing bubble, with the large sums of money at stake and an unsavory group of consultants with their own agendas involved, the group splintered and the atmosphere grew toxic.

The internal strife inspired my deceptively lighthearted animal-themed work. I was under such stress--trying to keep my studio and facilitate the lease-purchase process--that the only subject matter I could imagine dealing with at that time was something “unpretentious” and removed from the discord and uncertainty: my pets.

I am now out of that difficult situation. In a new studio rental, I gained the distance to treat the situation metaphorically, as dogs, cats, and rabbits (fighting? fleeing?) in a confused, tumultuous, nightmarish landscape--the Darkling Plain pieces. The paintings on panel and on paper are made by rubbing the woodblock prints while still wet unto the panel or paper surface and then working the surface with brushes and squeegees, adding acrylic or oil paint.

The static, hieratic repetition of the animals are inspired partially by the outsider artist, Henry Darger, whose Vivian girls and friends often appear in similar frantic but silent friezes.