Heroic Pupfish in the Mojave 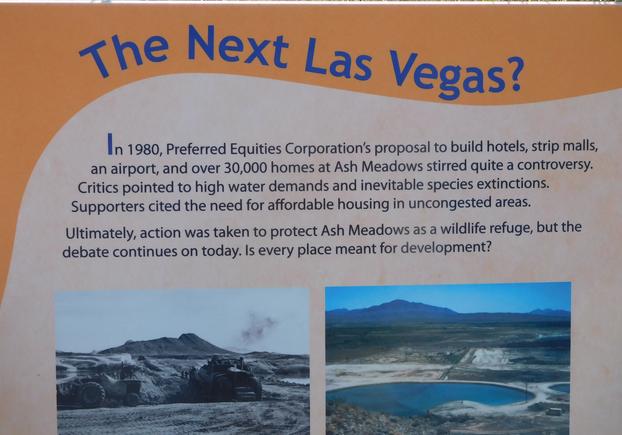 Please excuse the speechifying, intruding onto an art website, but I was so moved by making it to the Ash Meadows Wildlife Refuge in Death Valley, the largest remaining oasis in the Mojave Desert, and finding the little endangered pupfish* finally getting its due, at the edge of extinction. But it’s not just the pupfish that matters—there are “at least 26 plant and animal species found nowhere else on the planet."

The Devils Hole pupfish made it onto the endangered species list in 1967, others that hadn’t gone extinct added later. (The spanking new visitors’ center wall information says the pupfish made it onto the endangered species list in 1982, after the act was reauthorized under Reagan.)  An ancient fish that evolved to tolerate hot, salty water, its habitat had shrunk with rising temperatures to small springs in Death Valley and the Owens Valley (Chinatown fame). These springs, “fossil water” that penetrated deep into the rocks thousands of years ago, were then threatened by agriculture grabbing the water, and the environment being degraded around them—native mesquite and leatherleaf ash ripped out for crops, large mouth bass devouring all the pupfish in the Crystal Spring itself, so that only remnants survived in the creek that drained from it. Each pupfish, depending upon where it survived, has a name and is unique: Devil’s Hole pupfish, Amargosa pupfish, Owens Valley pupfish. A famous case regarding the King’s Hole pupfish went to the Supreme Court in 1976, which ruled the water level could not be reduced for agriculture. Meanwhile, developers and the local government had big plans for casinos, shopping malls, an airport, and 30,000 homes exactly where the pupfish clung to existence, since—according to the plaque—planners/officials/developers said you have to go to the water in a desert climate.

But, legal pushback, the Nature Conservancy buying up the land and restricting agriculture, along with restoration of the springs, has meant not only the endangered pupfish and dace fish having a reversal of fortune and new lease on life, but rare plants, even the ash and mesquite returning. Ash Meadow is a huge bird sanctuary, even for wintering Anna’s hummingbirds. The callow, demagogic politicians and developers rail about small creatures like pupfish, snail darters, Delta smelt holding back wonderful development, but here the pupfish finally has enviable digs—boardwalk walkways so the mineral crust on the soil won’t be disturbed, volunteers to cut cattails out of the creek to ease the movements of the pupfish, eradication of predatory crayfish and bullfrogs, replenishment of native plants and trees, acknowledgment that this area had once been home to the Paiute Indians.

All this less than a hundred miles from Las Vegas, the source of the worst light pollution in the world. We spotted vans labelled “Greener Las Vegas Tours” for those desiring a break from the slots.

Will we and the pupfish survive drumpf? Ash Meadows gave us hope we might!

*”Pupfish” is anthropomorphizing—they got this name for their resemblance to puppies at play, in reality, they’re competing for territory.

The development plans that didn’t happen 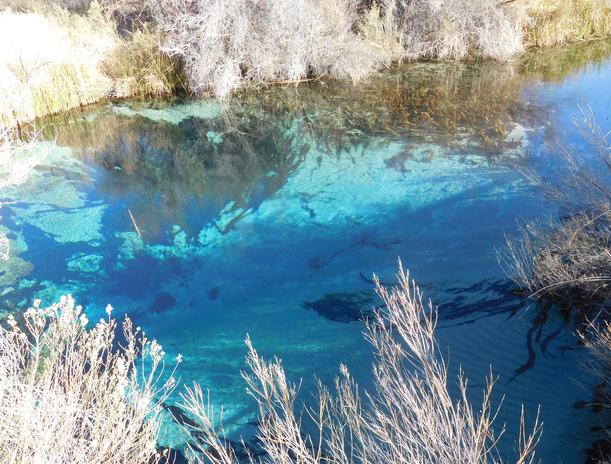 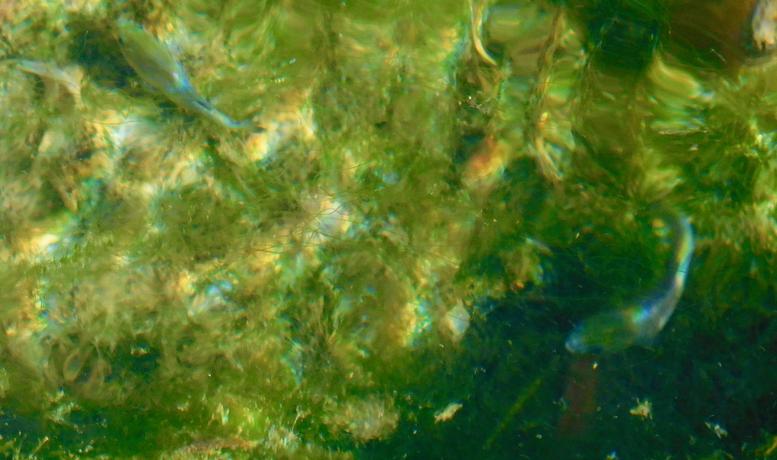