​Artist Jan Wurm curated a wonderful show of Joan Brown’s work at the Richmond Art Center in 2017, Joan Brown: In Living Color. Most of the work was intimate in scale, on paper, with many drawings going back all the way to early self-portraits. Highlights for me were a little sketch of Jay DeFeo, the garrulous letter to her dealer George Staempfli, in which she says she needs her own studio --"I'm sick of men,” and her simplified figure drawings from the 70s. The show is both very personal and reverential—it’s almost like having her there. (A major retrospective of Joan Brown's work is scheduled for SFMOMA 2022.)

There was a panel of students and associates of Brown on Saturday, Sept. 23, 2017. As a participant, in preparation, dredging my memory, I jotted down advice from Brown’s painting and drawing classes, and seminars, at UC-Berkeley.

Remember—black is also a color. Some black and white is good next to color. I’m drawn to pattern.
Bob, we don't talk about money.
You can copy any artist you want—you don't have to show it.
I consider art a diary, when it’s done it’d one, unlike Manuel (Neri) who would go back in and revise his older work. (A paraphrase.)
You don’t have to go to museums or look at other artists’ work, but your work will suffer for it.
She noted the accidental perks of provincialism: she and her peers had loved de Kooning from afar, thru reproductions, and painted thickly as they assumed he did. When they actually saw his paintings in the flesh, how thin the paint, they were amazed.
To an already very bitter student artist: The only person your bitterness will keep from painting is yourself.
She repeated Bischoff’s advice to “follow your own nose.” Don’t be distracted.
You don’t think of a body of work as a “series” at the time.
The part of the painting you’re most intent on keeping is probably the one you should paint over. And, why hesitate to add something? You can always paint it out.
She explained her independence by citing the contrary positions her teachers Bischoff and Park took regarding her troweled paintings, saying that the stalemate allowed her to go ahead and do just wanted she wanted anyway.
Her critique of student work often used the word “energy,” be it sculpture, painting, or whatever. From someone else, it might have been a catch-all phrase—so many students, so much work,  but I think she responded to work where the artist was really present in the creation, sincere, not just passing time.
But she was most definitely on the nurturant end of the teaching scale or continuum.
She encouraged work to be positive—she didn’t have much truck with the dark side. She also didn’t want student work to stray too much into eroticism, as I discovered one day during a long life drawing class as my mind and hand wandered...
She was catholic in her tastes, she noticed the work of odd balls and the more marginal. She turned me on to Creative Growth.
She said that she’d looked a chicken in the eye in Peru, and decided it had intelligence. (I think she was considering vegetarianism.)
She talked about the Rothko de Menil Chapel bringing her to tears, Rembrandt’s humanity.
She said she’d once thought that, too, when I said an artist’s role was to “hold the mirror up to life.”
She said there were more important things in her life than the goal of a “retrospective in London.”
At the last seminar, she said, including herself, “We're all competing for the same things." 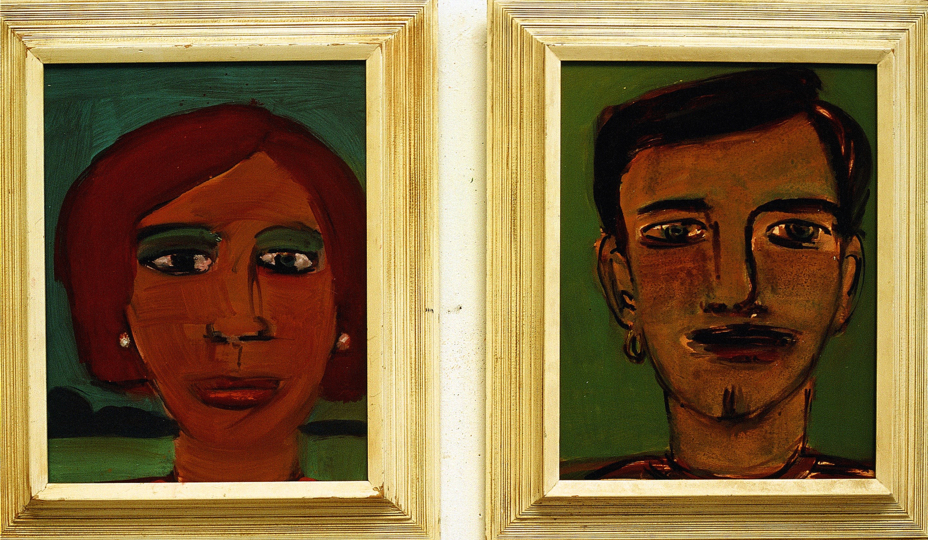